It is with great sadness we share the passing of longtime Arctic Slope Native Association board member, Herman Momegana Kignak, Sr. 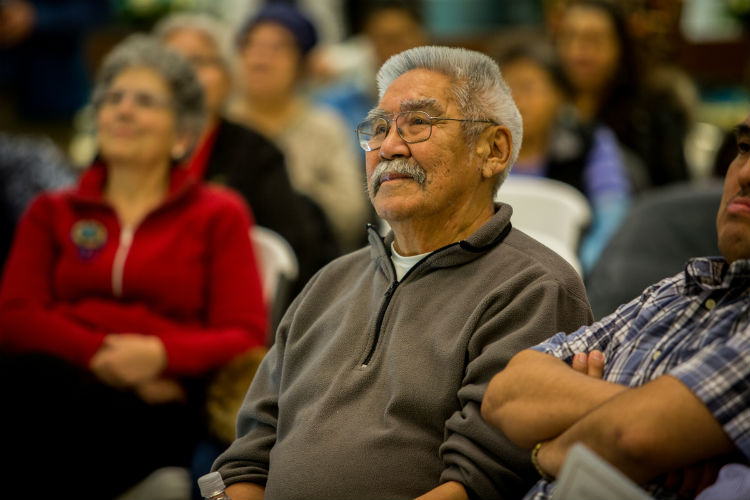 We join friends and colleagues in offering our deepest sympathy and prayers to the family.

Herman’s dedication to improving the lives of Arctic Slope people will be greatly missed.

Herman was instrumental in the resurgence of ASNA in the early 1990s when we began the transfer of health services from the federal government to Tribal self-governance. He served 26 years on the ASNA board in various roles and most recently as Sergeant at Arms.

We will miss his good humor, optimism, and unwavering encouragement.

A celebration of life will be held at Utqiaġvik Presbyterian Church in Utqiaġvik, Alaska on April 15, 2017. Visitation will begin at noon, followed by services at 1pm.

This website uses cookies to improve your experience while you navigate through the website. Out of these cookies, the cookies that are categorized as necessary are stored on your browser as they are essential for the working of basic functionalities of the website. We also use third-party cookies that help us analyze and understand how you use this website. These cookies will be stored in your browser only with your consent. You also have the option to opt-out of these cookies. But opting out of some of these cookies may have an effect on your browsing experience.
Necessary Always Enabled
Necessary cookies are absolutely essential for the website to function properly. This category only includes cookies that ensures basic functionalities and security features of the website. These cookies do not store any personal information.
Non-necessary
Any cookies that may not be particularly necessary for the website to function and is used specifically to collect user personal data via analytics, ads, other embedded contents are termed as non-necessary cookies. It is mandatory to procure user consent prior to running these cookies on your website.
SAVE & ACCEPT

Processing...
Thank you! Your subscription has been confirmed. You'll hear from us soon.